Car traffic increased in both speed and volume after BRT

Although the primary reason for implementing BRT is to improve bus speed and performance, the Guangzhou BRT shows that it is possible to make dramatic improvements to bus performance without adversely impacting mixed traffic. On the contrary, multi-year surveys in Guangzhou show that both volume and speed of car traffic has increased since the BRT opened in February 2010, even as traffic has rapidly deteriorated on non-BRT roads. The three key reasons for the improvement in mixed traffic are:

The increases in traffic in the BRT corridor occurred immediately after the BRT system opened, indicating that trips were diverted from other roads, especially the largely parallel Huangpu Avenue, to use the BRT corridor. The speed surveys are shown for the morning and evening peak in the peak direction (into the city in the morning, and out of the city in the evening).

These results show that BRT cand provide a 'win-win' for policy-makers keen to implement BRT without adversely impacting mixed traffic. Gangding is one of many examples along the Guangzhou BRT corridor of how BRT can benefit all modes by solving the problem of bus stop congestion. 'Before' and 'after' photos of Gangding are provided below.

For the results outlined above, for each sample set a car was hired by ITDP and followed the general traffic flow during the morning and evening peak traffic hours on 4 weekdays and 1 weekend.

Reliability doubles in BRT corridor; halves in non-BRT (May 2014) 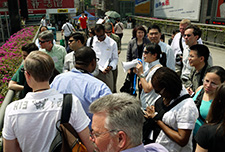 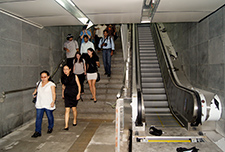 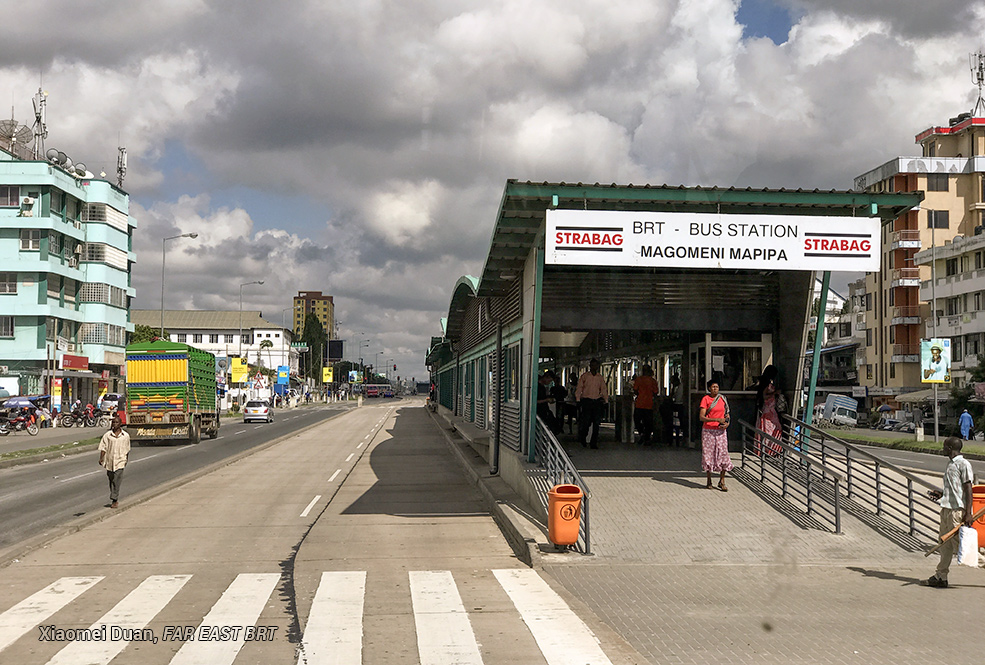