A mini cycling boom in Guangzhou in 2017 instigated by dockless bike sharing systems that first appeared in mid-2016 fizzled out in 2018 when Guangzhou introduced a ban on new bike sharing bikes, drastically curtailing the appeal of the dockless systems. The large influx of new cyclists were also deterred by the lack of any on-road measures to support cyclists. In 2019 with the recent introduction of thousands of new bikes as part of two new systems led by conglomerates Alibaba (Haluo) and Meituan (Qingji), bike sharing usage has partially recovered, though has been overtaken by e-bike usage which now accounts for more than half of all cycling trips at the survey locations. E-bikes, though formally banned in Guangzhou, are being increasingly allowed to operate and accounted for more than half of cycling trips at the survey locations.

The surge in usage of bike sharing as new bikes became available in 2016-2017, and the surge in usage of e-bikes in 2018-2019 as restrictions are relaxed reveals a signficant suppressed demand for short distance bike trips which could potentially be tapped by pro-cycling policies.

The growth in bike sharing and e-bikes since 2016 has corresponded to a precipitous decline in the use of 'regular bikes', defined as non-ebike and non-bike sharing bicycles, suggesting that a large portion of regular bike users may have shifted initially to bike sharing (in 2017) and then to e-bikes (2018-2019).

Dockless bike sharing, introduced in Guangzhou in July 2016, led to a doubling in cycling in a year, and provided an opportunity for the city to introduce policy and infrastructure measures to support the sudden influx of new cyclists. The city instead focused on bike sharing restrictions, banning new bike sharing bikes in August 2017 and only lifting the ban with the introduction of the two new systems in mid-2019. As a result, the sudden reversal of years of gradual decline in cycling in Guangzhou brought on by Mobike and other dockless bike sharing systems in 2017 was just as rapidly rolled back.

Mobike and the other main dockless bike sharing systems in 2017 rapidly supplanted the traditional bike sharing system based on docks and stations, and by August 2017 accounted for more than half of all peak hour cycling trips along the BRT corridor at the two survey locations of Huajing Xincheng and Tangxia. But by August 2018 bike sharing acccounted for only a quarter of all cycling trips at Tangxia. At Haujing Xincheng the number of bike trips fell five-fold, from 3,211 per hour in August 2017 to only 605 per hour in August 2018. By early 2019 following a major industry shakeout and consolidation, only Mobike were still operating the dockless systems.

The counts in 2018 revealed the first large increases in e-bikes, as the enforcement of earlier bans on e-bikes has been relaxed. E-bikes accounted for 30% of the cycling trips at Huajing Xincheng and 62% of the bikes trips in Tangxia, from near zero in previous years. In 2019 e-bikes had further increased in both numbers and as a proportion of cycling trips, accounting for half (51%) of all trips at Huajing Xincheng and two-thirds (66%) of cycling trips at Tangxia.

E-bikes present a challenge that Guangzhou shows no sign of having grappled with, namely: while it is generally a bad idea to force bicycles to mix with pedestrians on walkways, it is even worse to force e-bikes to mix with pedestrians on walkways given their higher speed and mass. Yet the current approach in Guangzhou seems to be that e-bikes are tolerated, but only while they operate on the walkway, conflicting with pedestrians rather than moving in mixed traffic lanes on the roadway. In practice, e-bikes often use the roadway anyway, but approaches to e-bikes should be clarified and e-bikes should be allowed and required to operate on the roadway with mixed traffic rather than on the walkway with pedestrians.

Bike sharing has partially rebounded with the introduction of Haluo and Qingji, with bikes seen here parked at Tangxia BRT station.

Far East Mobility every year carries out counts of bikes passing two points along the BRT corridor, in the morning from 8:18-9:18AM near the Huajing Xincheng BRT station, and in the evening from 5:05-6:35PM near the Tangxia BRT station. Both counts are on the north side of the road and cover bikes going in both directions along the BRT corridor. The counts were held at exactly the same time and location as counts done in August 2014, August 2017 and August 2018, for comparative purposes.

The results indicated a major jump in cycling in 2017, with the new dockless bike sharing systems producing a large overall increase in cycling numbers. The traditional dock-based bike sharing system, first introduced in 2010, was by 2017 abandoned by users, despite being free for the first hour, and by August 2018 has been completely removed.

The fairly sharp changes in bike usage, especially as e-bikes are increasingly allowed and new bike sharing bikes are introduced, show that it is not too late for Guangzhou to reverse course and provide the policy and infrastructure support needed to encourage more cycling, led by dockless bike share and e-bike usage. Local authorities and road designers have an opportunity to provide much better bike facilities in the form of continuous bike lanes, bike-friendly intersection design and operation, improved greenway networks, and reduced conflicts between bikes and buses at bus stops. The doubling of cycling trips in Guangzhou between 2016 and 2017 shows pent up demand for short trips by bike. 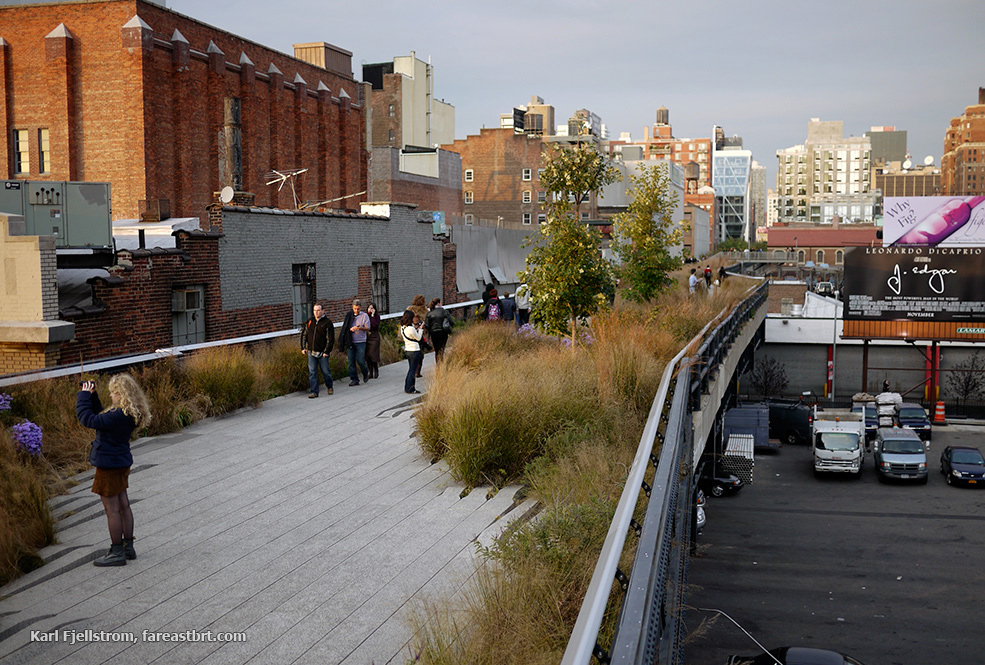